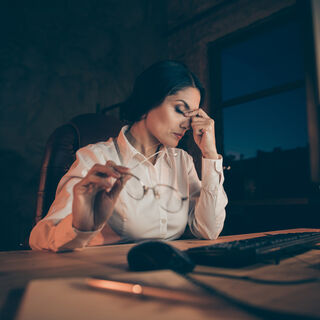 Why is the American legal system so dangerous

for the attorney? For those who question the lethality of the legal system, I direct your attention to the American Bar Association (ABA) 2018 National Task report on Lawyer Wellbeing1, which reported that 26 to 38 percent of lawyers qualify as “problem drinkers,” 28 percent of lawyers reported struggling with depression, and 19 percent reported that they were struggling with anxiety. In October 2021, the New York State Bar Association Task Force on Attorney Wellness2 released its own report, which indicated that, among other findings, 37 percent of experienced lawyers reported having mental health-related problems within the last three years, and, perhaps most telling, more than 70 percent of judiciary and solo practitioners indicated they had not considered seeking professional help. This discrepancy underscores the documented stigma associated with seeking help and the underreporting of mental illness and substance abuse within the legal community.

To understand the dangers in lawyering, it is important to understand where it all began: law school. It has also been well documented3 that law students have reported suffering from depression, anxiety, and alcohol abuse. I went into law seeking to change the world and pursuing justice along the way. This romanticized narrative was common amongst my peers. I later learned that these expectations came with a heavy burden. There are some occupational mindset hazards that we learn in law school. While these mindsets may help us in the practice of law, they undermine our resiliency.

Lawyers are trained to anticipate the worst-case scenario. When I attended law school, I read cases that resulted in precedent because something had gone awry. I am reminded of a case where fireworks went off at a train station and an individual was injured. Although this case was rare, the question of foreseeability was raised. Similarly, when you learn about contracts in law school, you are educated about the dangers of leaving out certain words. Hence, a good lawyer is one who anticipates the negative. The lawyer operates in the world of the “What if’s” and catastrophizing the consequences. I must confess that often, in the middle of the night, I would return to my office to make sure my documents were executed properly. This type of thinking can lead to a state of chronic worry and ultimately anxiety.

My first job was representing indigent clients accused of crimes. In law school, I was romanced by the cases that fought for desegregation in the schools and protecting the rights of the individual. While this may seem admirable, this mindset sets unrealistic expectations. According to the New York State Bar’s findings, attorneys reported that the greatest impact on their overall wellness was their inability to set boundaries and meet the demands of their clients. The inability to set healthy boundaries undermines our resilience.

The rescuer mindset takes on the responsibility of protecting the client. In doing so, the lawyer often looks to blame others for the actions of the clients. In legalease, we cause these “defenses.” When lawyers are unsuccessful in blaming others, often they blame themselves. This dynamic is reminiscent of the Karpman Drama Triangle, where the rescuer can transform into his own persecutor (lawyers are especially good at this).

When I entered law school, the idea of two gladiators fighting in the courtroom excited me. The TV show “LA Law” provided me with inspiration. I wanted to be that zealous advocate (e.g., Arnie Becker).

At one time in human history, fighting was adaptive in helping our species survive. Our innate alarm system and the ability to respond to predatory animals protected us. This fight, flight, or freeze response triggered stress hormones and increased blood pressure, and that would propel us in ways that were literally life-saving.

The stress response was meant to be short-lived, not chronic. An adversarial system that thrives on hypervigilance creates chronic stress, where an attorney feels that she is constantly under attack. A chronic stress reaction causes inflammation, resulting in numerous mental and physical illnesses, including anxiety and heart disease. According to the ABA report, the zealous adversarial nature of the legal system contributes to the high prevalence of mental and physical health problems.

I often hear prospective law students who report they have been told to go to law school because they are good at arguing. This is actually not necessarily a healthy attribute to bring to an adversarial system. According to the ABA task force, “Chronic incivility is corrosive. It depletes energy and motivation, increases burnout, and inflicts emotional and physiological damage. It diminishes productivity, performance, creativity, and helping behaviors.”

This can cause great emotional angst for an attorney. What compounds the anxiety is the lawyer’s inability to share with colleagues their own self-doubt. The personal narratives of attorneys like Brian Cuban5 require courage to speak to other attorneys and law students about struggles with mental health and substance abuse. The personal narrative can become someone else’s survival guide.

Lawyers are trained advocates. So why can’t they advocate for their own mental health? It took great courage for the ABA and the New York State Bar Association to shed light on the dangers of practicing law. The recommendations rely on a systemic change, including reducing the number of hours an attorney can work throughout the week. However, law schools, the judiciary, and attorneys need to value the importance of promoting wellness within the practice of law This cannot be done simply by taking a wellness retreat. Resiliency is a philosophy and wellness is an effort. They both need constant tending to. The legal system itself needs to advocate and prioritize the importance of attorney wellbeing. Self-care is crucial to being resilient. If a lawyer is struggling, he cannot serve the best interests of the client.